January 02, 2010
After the mad rush of knitting Christmas gifts (all of which were well received, by the way), I decided to finish up a few languishing projects. First is this cobweb lace scarf made of Malabrigo lace weight merino wool. I had finished knitting it months ago but hadn't blocked it or woven in the ends. 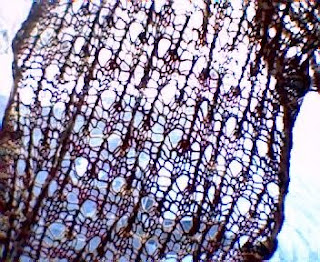 I think it blocked out beautifully. It's still not as wide as I would like, but it's so huge that I'm not going to mess with it again. Blocking it out was a major pain in the neck; I simply ran out of space on the bedroom carpet.

Next I used up some sock yarn and made a baby beret. I like how the self-striping yarn looks when you make a spiral top. 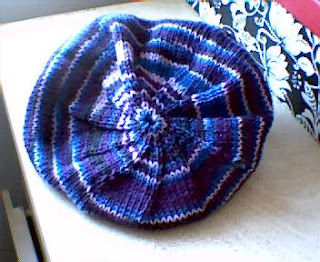 This is the view from the side. I don't know whether I'll give this one away or try to sell it. I'm just storing it away for the moment. 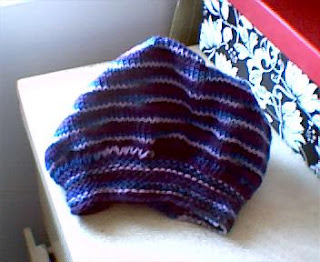 Finally, I bought this yarn, a 50/50 wool/silk blend as part as a kit years ago. I dutifully made the first half of the scarf and just didn't like the way it looked. The pattern was a little too bulky for the worsted weight yarn, and it just didn't drape nicely. So I ripped it out and started over with much bigger needles and a very open, simple lace stitch. 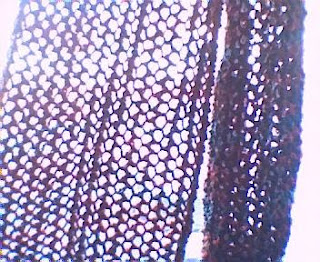 Much better! One of the things I've learned over the years is that fancy, multicolored yarn needs a very simple pattern, whereas plain solid yarn is best for intricate lace and cable work to show off the stitch definition better. Funny how long it took me to learn such a basic lesson. As Chaucer wrote, "The life so short, the craft so long to learn."

Foxy Knitter said…
Thanks, Margaret! I like it, too. Unfortunately, it's extremely cold here in Chicago, so I'm forced to wear my heavier scarves right now. But I'm excited to wear the lace one as soon as it's feasible.
January 07, 2010 9:31 AM