The Summer of Stash Busting and Charity Knitting

August 29, 2015
I didn't plan it this way, but the summer of 2015 has turned out to be the summer of stash busting and charity knitting. I heard a while back that Loopy Yarns is collecting garments to send to people displaced by the April earthquake in Nepal, so I made a hat.... 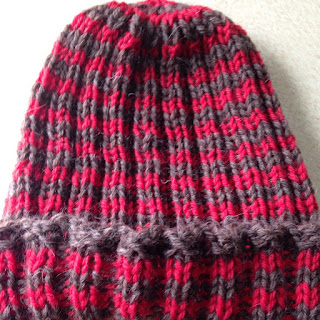 which led to more hats... 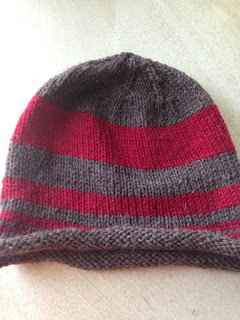 which led to me using up a lot of old yarn that had been loitering in my stash for way too long. It feels good to finally be using it instead of looking at it and feeling guilty.

I'm also making a scarf using stash yarn. Both of these yarns are quite bulky, so I'm using size 11 needles and only cast on 25 stitches. I suspect the scarf won't be very long, but it will be thick, cozy, and warm. For some reason, the scarf looks gray, but it's actually a soft heather green. I took the photo in natural light, so I don't know why the color is off. 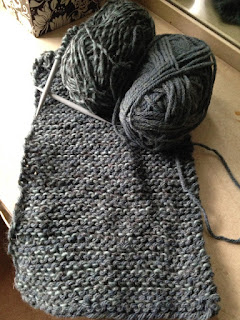 This was also the year of paying it forward. In a previous post, I mentioned that I participated in a pay-it-forward initiative that someone started on Facebook. A few weeks ago, I got some gorgeous Knit Picks lace yarn in the mail from my friend. 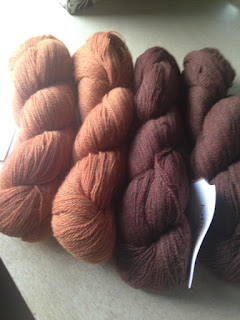 Those colors are perfect for me! I don't know what I'm going to make yet, but I know it will be beautiful, and the colors will be a perfect segue into fall, which is just around the corner.